Secret Raiders Who Will Neutralize,
As Soon As They Arrive, At The Site

Trakker's Gonna Lead The Mission,
And Spectrum's Got Such Super Vision! 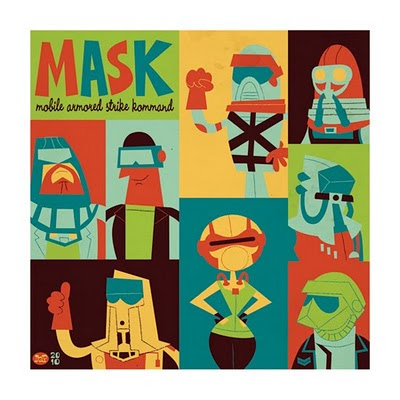 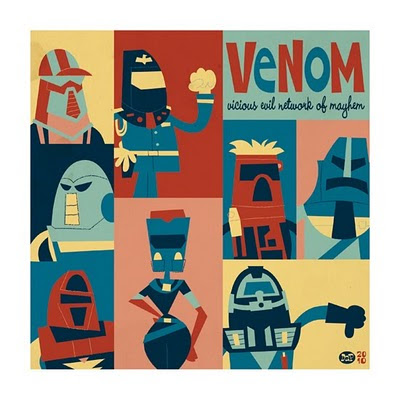 M.A.S.K., although it didn't seem to be as popular as GI Joe and Transformers, it took ideas from both and mashed them into one cool toy line. I didn't have many M.A.S.K toys but one was the Condor that turned from a helicopter into a motorcycle, or maybe it turned from a motorcycle into a helicopter. Either way it was a awesome toy.

These two pieces were commissioned by boulder-hill.net, a M.A.S.K fan page that gives an extensive amount of info on the show and toys. If you're a M.A.S.K fan, check them out...
at 12:04 PM

love this toy line! had a bunch of the rhion was the best!